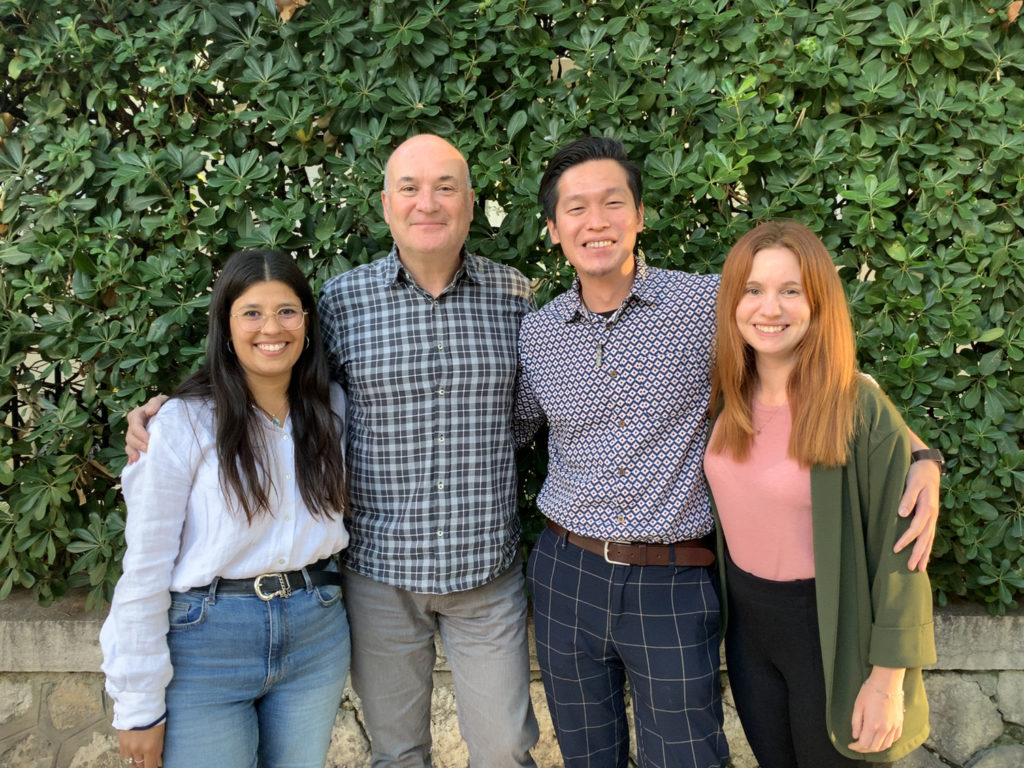 There is an old saying that cautions us never to judge a book by its cover. The planetary science version of this adage would be to never judge an asteroid by its surface. When it comes to understanding asteroids and particularly when it comes to deflecting them, the most important thing is what’s on the inside.

In the context of NEO-MAPP, Adriano has set up a group of six researchers to investigate the internal properties of asteroid Didymos and its moon Dimorphos. These asteroids are the destination for NASA’s DART mission and ESA’s Hera mission. DART will impact Dimorphos later this year in late September, in an attempt to subtly shift its orbit around Didymos. Hera will arrive a few years later to fully characterise the system, and provide Adriano with the information that he and his team need to investigate the internal compositions of the two asteroids.

It will provide data that Adriano has long since wished to obtain. Between 2007 and 2014, he studied other possible asteroid missions for ESA. Called MarcoPolo and MarcoPolo-R, both were designed to return rocks from asteroids to Earth for further study but neither were approved for construction. Hera takes a different approach. Instead of bringing pieces of the asteroid back to the laboratory, Hera takes the laboratory to the asteroid.

Different internal structures lead to different gravitational fields around the asteroids, which will affect the way Hera flies around the system. So by constructing computer models of the possible internal structures, Adriano’s team can then predict orbital patterns for Hera and compare them to the actual trajectory of the spacecraft.

And it’s not just a gravitational field that the asteroid may be giving out. “Another interesting thing is the possibility that material is being ejected from the surface of Didymos,” says Adriano.

This is due to the asteroid’s extremely fast rotation, completing a revolution in slightly more than two hours, which is so fast that it places the asteroid at the limit of stability. That means that rocky particles in the equatorial regions may be flung off the asteroid. Once in space, they will either leave the system completely, go into orbit around the asteroid or fall back to its surface.

As well as studying Didymos and Dimorphos in preparation for the Hera mission, Adriano also enjoys communicating his findings to the general public. He has produced a series of YouTube videos to introduce viewers to these fascinating asteroids, the scale of the Solar System, and two fictional extraterrestrials Didy and Dimo who would like to know how these asteroids formed. The videos have Spanish voice overs and dialogue but YouTube’s auto-translate function can produce sub-titles in many languages.

Adriano’s interest in space sparked early. He remembered being a young child looking for something to occupy his time. He was drawn to a book about the subject because of the pictures of planets and satellites.

“I was very fascinated by the possibility to try and understand the morphology of these worlds,” he says.

But it wasn’t until he was at university that his interest in asteroids really ignited. “I had the luck to meet Professor Paolo Farinella, who became my PhD advisor. He told me how asteroids can be a real test of celestial mechanics and knowledge about the physical characteristics, and how rocks should break up when they are hit at hyperspeeds,” says Adriano.

It was the kind of work that he always dreamed of doing, and his career path became set. And now, he is the PhD supervisor, advising and inspiring the next generation of astronomers. 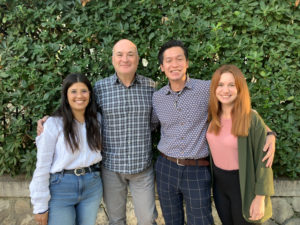 Adriano took three of his graduate students to the NEO-MAPP midterm review, held at the Côte d’Azur in Nice, France. All three have come from very different backgrounds to take part.

Nair Trógolo comes from Argentina and has a life-long interest in astronomy. It is her job to help develop the computer model that will study the behaviour of the particles thrown off Didymos. Laura Parro is a native of Spain and a geologist by training and takes a great interest in the surface of asteroids and the properties of their rocks. Po-Yen Liu comes from Taiwan and studied law for his first degree. Yet his interest in physics led him into planetary science.

Together, Adriano and his team are already hard at work preparing for Hera’s arrival at Didymos in late 2026. But Adriano knows that they will probably find things that they didn’t anticipate – and that’s the best part of the job. “It is like opening doors behind which you may imagine there is something but you’re surprised to find something else. I think this is what drives most of us to do this,” he says.

In other words, never judge an asteroid by its surface.