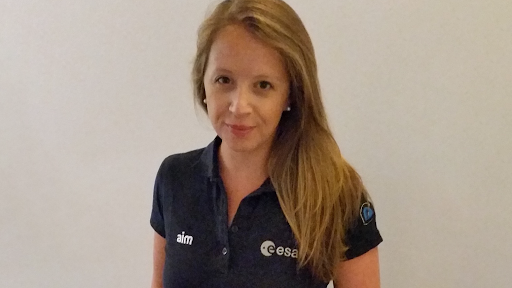 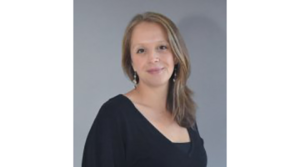 We’ve all heard asteroids described as space rocks, but that’s nowhere near the whole story. The more we learn about them, the more we realise that asteroids are truly alien environments. And for planetary scientist Naomi Murdoch, ISAE-SUPAERO, Toulouse, France, that’s the fascinating thing about them.

Take the composition of the asteroids. Scientists have plenty of meteorites for study. Yet although these are pieces of asteroids that have fallen to Earth, they are not necessarily representative of the asteroid population as a whole. “They’ve survived atmospheric re-entry. So they are generally made from the stronger types of asteroid material,” says Naomi.

This skewed perspective is now set to change thanks to JAXA’s Hayabusa2 spacecraft, which has collected and returned samples of asteroid Ryugu to Earth. Also, NASA’s OSIRIS-REx mission has scooped up samples of asteroid Bennu, and will be returning those to Earth in September 2023.

“Both of these samples are of very primitive carbonaceous asteroid material. These samples are going to be great to understand the ‘genetic makeup’ of asteroids in our Solar System,” says Naomi.

Yet for all the progress, there is one property of asteroids that earthly laboratories find almost impossible to reproduce and that is the extremely weak gravitational field. “Asteroids are so small that they have hardly any gravity at their surface, and this absence of gravity actually changes how materials behave,” explains Naiomi.

Experiments that she has performed with colleagues suggests that loosely-bound materials in low gravity environments have a tendency to ‘fluidise’. In other words, they will behave more like a fluid than a collection of solid objects. This is particularly important for asteroids because research has shown that many of them are loosely bound agglomerations of material rather than single solid objects.

“When you go to low gravity, you actually take away the normal force between particles that comes from the weight. Once you take away the normal force, you’re suddenly reducing all the friction between particles. Without the friction, the materials become a lot more fluid-like than they would be under terrestrial gravity conditions, and much easier to penetrate than exactly the same material would be under terrestrial gravity,” says Naomi.

Understanding these novel behaviours is essential for planetary defence. If and when we have to deflect an incoming asteroid, the best way to do that it is to hit it with something. The ‘kinetic impactor’ must strike the asteroid just hard enough to change its course but not hard enough to shatter it. The trouble is that until we understand how an asteroid’s surface is going to react, it is going to be very hard to calculate how hard we need to hit it.

“Although we’re working really hard to understand what changes as we go to these low gravity conditions, in general, the asteroid surface environment is still largely unknown. It’s a fascinating and exotic place,” she says.

To progress, Naomi and colleagues are developing new techniques and approaches under the auspices of the NEO-MAPP project. They are focusing on ways of investigating both the internal structure and the physical properties of asteroids. “We’re tackling these problems in two different ways,” she says, “First of all, we are combining our in-house expertise in space instrumentation with our expertise in seismology in order to design a seismometer that is specifically for asteroid exploration,” says Naomi.

The other aspect of her work is to develop a better understanding of landing on asteroids, of the consequences of their low gravity environment, and of how to interpret data recorded during surface interactions. Naomi and colleagues are doing this using both computer simulations, and experimental data obtained in a ‘drop tower’. 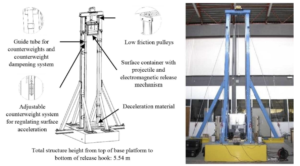 This device lets experiments fall to Earth in a controlled way, simulating what it is like to be in a low gravity environment. “We’re able to perform very short duration experiments that give us better insights into the exotic world of asteroid surfaces,” says Naomi.

As part of the NEO-MAPP project, the team is now trying to understand the physics of the interactions they have seen in their experiments. Once achieved, they will be able to generalise their results and so be able to predict the possible interactions between a projectile or lander and the surface of an asteroid.

This will be important for the landing of the Juventus spacecraft on asteroid Dimorphos in 2026 as part of ESA’s Hera mission, and also for JAXA’s Martian Moons Exploration (MMX)  mission, which plans to put a rover on the surface of the Martian moon Phobos at about the same time. The team at ISAE-SUPAERO is involved in trying to understand how that rover can drive on the grainy surface material that covers the asteroid in the low-gravity environment there.

“Everything is really linked together as we aim to get a global understanding of the role gravity plays when we go to these small bodies. And how can we generalise our experiments and the information from previous space missions to learn more about these bodies and their geophysical evolution,” says Naomi.

It’s a daunting task but one that the NEO-MAPP team is committed to solving. A key part of their approach is to combine data from different instruments, so that instead of analysing different aspects of an asteroid, a more holistic approach is taken. 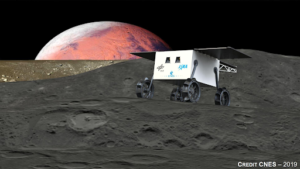 “Think about about your own senses. Individually, each one of your senses is going to tell you something important about the environment around you, and you want to put all this information together in order to get the most complete picture you possibly can,” says Naomi, “When we get to an asteroid, we have a limited number of instruments onboard the spacecraft. We need to use every piece of information we have to its maximum possible potential in order to understand the object.”

To this end, NEO-MAPP will develop computer programmes that can combine information from a camera and a radar instrument, both of which  will ‘see’ the asteroid, and from accelerometers and a seismometer that will ‘feel’ the asteroid during landing and once upon its surface.

“These ‘co-processing tools’ developed as part of the NEO-MAPP project will perform the role that your brain plays when it’s combining all the information from your different senses,” says Naomi.

The first mission to benefit from this approach will be ESA’s Hera, which is designed to survey and characterize the asteroid Dimorphos following the impact of NASA’s DART mission. But it won’t be the last, the NEO-MAPP tools and techniques are designed to be widely applicable to future asteroid missions as well.

And for Naomi, there’s a tremendous satisfaction to be gained from being so actively involved in such space missions. “I’m really excited about the Hera mission because nothing beats looking at data coming from another planetary world, even more so if you’ve been involved in the mission development, or if you’ve helped to build and test an instrument or the spacecraft, before sending it on its way,” she says.

Through her work with NEO-MAPP, when Hera takes off in a few years’ time, Naomi will have ticked all of those boxes.