Jean-Baptiste Vincent: How Similar Are Asteroids and Comets? 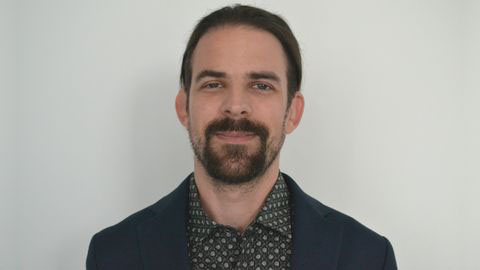 Jean-Baptiste Vincent: How Similar Are Asteroids and Comets?

Once it seemed so simple: asteroids were rocky bodies that lived close to the Sun, travelling around on more or less circular orbits. Comets on the other hand were icy bodies that spent most of their time in the further reaches of the solar system, only occasionally darting down into the inner solar system on their highly elongated orbits. 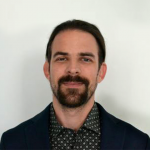 But the more astronomers have discovered, the less clear cut this division seems. Exploring these similarities and differences is helping  drive  planetary scientist Jean-Baptiste Vincent, DLR Institute of Planetary Research in Berlin, Germany.

“This is actually a major topic of research these days,” says Jean-Baptiste, “If you would have asked this question, maybe 10 years ago, people would have had a clear answer.” 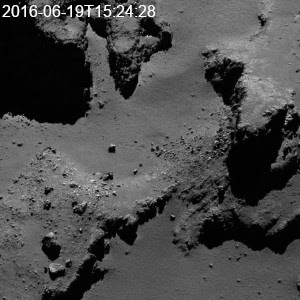 Is this the surface of an asteroid or a comet – even a trained eye finds it difficult to tell. It’s the surface of comet 67P/Churyumov-Gerasimenko. Credit: ESA/Rosetta/MPS for OSIRIS Team MPS/UPD/LAM/IAA/SSO/INTA/UPM/DASP/IDA (CC BY-SA 4.0)

Take one of the defining characteristics of a comet: it’s tail. It forms because as a frozen comet gets close to the Sun, the heat turns the ice into a gas, which streams off into space, carrying surface dust and other solid material with it. Once in space, the gas and the dust get separated, meaning that a comet typically displays two tails. The gas tail points directly away from the Sun, whereas the dust tail sits closer to the comet’s orbit. Asteroids, on the other hand, should not display tails because they are mostly made of rocks. However, increasingly detailed observations are changing these old certainties.

“I think the picture is now much more complex than this,” says Jean-Baptiste, “We see asteroids – at least we see objects that are on asteroid orbits – showing tails like comets.  We don’t understand that.”

The reason for the confusion is that these objects should not be active at all. Their orbits suggest that they must have been close to the Sun for a very long time. As a result, any frozen material should have been sublimed (turned from a solid into a gas) and lost to space long

The strangeness goes the other way too. “We also have objects that are on comet orbits, but are not active at all – you don’t see any tail or sign of ejection of gas and dust,” says Jean-Baptiste, “ And, and we have basically everything in between.”

It all appears to be suggesting that asteroids and comets are not two distinct classes of object but a continuum.  In general, minor bodies closer to the Sun are more rocky, and those further away are more icy.  But the boundary between these different types of objects is not at all  clear – and that’s something that Jean-Baptiste and other researchers are trying to understand.

“Recently I’ve done some experiments with colleagues who are familiar with both types of objects. I’ve shown them close-up images of asteroid and comet surfaces,” says Jean-Baptiste. The test is to see whether they can tell which images are from comets and which are from asteroids.

“Unless you have seen the images before you cannot tell the difference because they look so similar. This may be very exciting for asteroid science because it might mean that a lot of asteroids are actually very weak, very porous and may contain a lot of ice below their surface,” says Jean-Baptiste.

In other words, asteroids may be more similar to comets than we think, and Jean-Baptiste is perfectly placed to explore these similarities because throughout his career, he has switched from comet missions to asteroid missions and back again.

Following his PhD, during which he developed a computer model to simulate the activity of a comet, he went to work at the Max Planck Institute in Göttingen on the camera team for the European Space Agency’s Rosetta mission. Although the spacecraft was built to rendezvous with comet 69P/Churyumov-Gerasimenko, it was actually an asteroid that the camera was used on first. 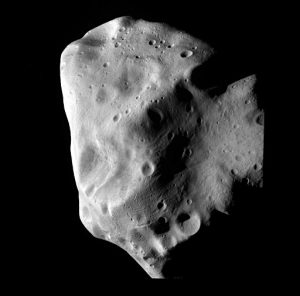 In July 2010, Rosetta flew past asteroid Lutetia, and the whole team put their efforts into that. Having joined in March, Jean-Baptiste was on a steep learning curve. He then found himself working on the camera team for NASA’s Dawn mission to asteroid Vesta, before returning to Rosetta for its arrival at the target comet.

“I guess I was maybe a bit lucky or in the right place at the right time to be in an institute where there were two very exciting missions going to asteroids at the same time,” says Jean-Baptiste.

Another idea about asteroids that is currently undergoing some serious revision is the idea that asteroids are more or less pristine remnants of the early solar system.

“We think the population has changed quite a lot from from the beginning,” says Jean-Baptiste.

There are a number of reasons for this, the first is that asteroids in the main belt will collide with each other. As a result, most of the big asteroids will have been destroyed, meaning that most of the original asteroids are gone. All that remains of them are the various families of asteroids. Each family follows similar orbits, indicating that they are all that is left of a once much larger asteroid.

In addition, astronomers also think that the orbits of the giant planets evolved in the early history of the solar system, placing them in different final orbits than the ones they originally formed in. This migration created all kinds of problems for the asteroids because as the giant planets moved, so their gravity scattered the original asteroids across the solar system.

“We observe objects that survived all the collisions, and the reorganization of the solar system. So it’s like the end of a movie, and we are trying to reconstruct what was happening at the beginning,” says Jean-Baptiste.

Above all, there is one aspect of our emerging picture of the similarity between asteroids and comets that Jean-Baptiste finds absolutely fascinating. “It’s possible that asteroids seeded our planet with life,” he says.

Planetary scientists think that the Earth was probably too hot and did not possess much water shortly after it was formed. So there must have been a way in which water and the organic molecules necessary for life were delivered to the Earth in the early days. Comets are a natural solution because of their icy compositions. But according to Jean-Baptiste, it’s not so easy because detailed analysis of comets show that its composition is subtly but significantly different than the water in Earth’s oceans. “Asteroid water is more similar to what we measure in our oceans,” he says, “Maybe they brought water and organics, as well as the comets. For me, that’s one of the really exciting questions.”

Answering the question of how much water and organic material these asteroids contain is a goal of the sample-return missions, such as Hayabusa2 and OSIRIS-REx. It is also a goal of the Hera mission.

This European Space Agency mission is a key focus for Jean-Baptiste and the Near Earth Object Modelling and Payloads for Protection (NEO-MAPP) team.  The researcher was one of the original proposers of the Asteroid Impact and Deflection Assessment (AIDA) mission, of which Hera is an integral part. The idea is simple, NASA’s DART spacecraft will collide with the small asteroid Dimorphos, and Hera will chart the consequences.

AIDA is the world’s first planetary defence mission. As such, it will provide vital information about what it will take to deflect an asteroid away from a collision course with Earth.

In keeping with the pattern of his career so far, Jean-Baptiste is also working on ESA’s Comet Interceptor mission. He thinks our interest in the asteroids will only increase in the future.

“I think every space agency has a mission planned for the next decade that will go to an asteroid or a comet. And there are some very ambitious missions, lots of sample-return missions, and landings,” he says.

It’s an exciting time indeed, and one that NEO-MAPP is fully committed to supporting because everything it develops for Hera will also be applicable to future missions as well. And judging by his career so far, Jean-Baptiste is also in the perfect position to contribute to it all.